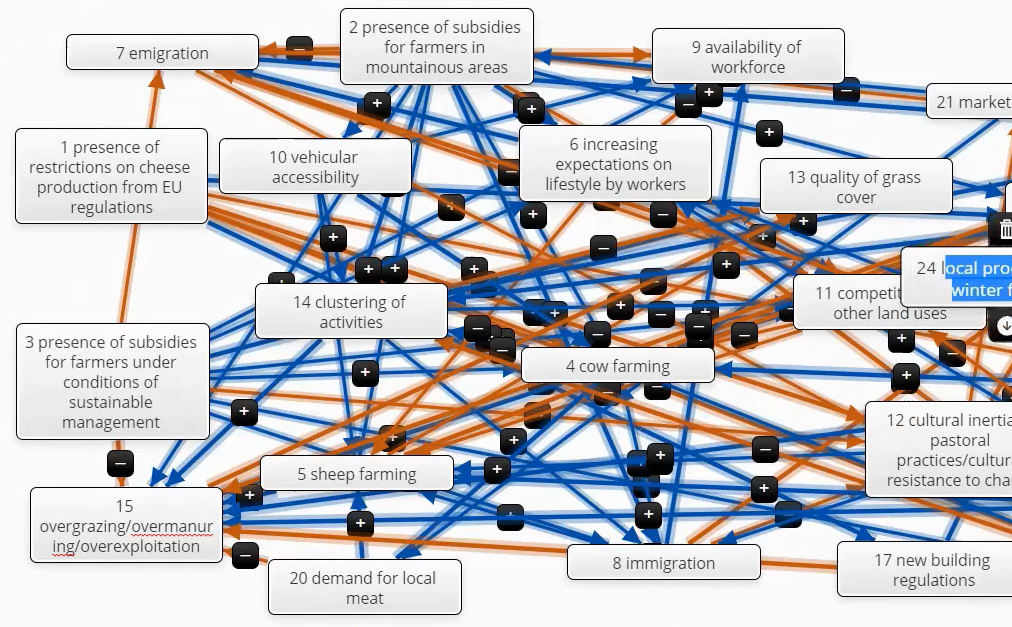 The second leg of the teachers’ workshop was virtually hosted by Newcastle University.
The working group included as well staff from Pablo de Olavide University, Catholic University of Valencia, National and Kapodistrian University of Athens, University of Icelands, and U-Space srl.
The 12 participants continued their training in the application of Fuzzy Cognitive Mapping. One relevant case study was used as starting point to develop a discussion upon which two different groups drew up their own maps, which were then merged to generate one “social” map containing their different views on the same matter.
Mental Modeler was used for editing the maps.

Manage Cookie Consent
To provide the best experiences, we use technologies like cookies to store and/or access device information. Consenting to these technologies will allow us to process data such as browsing behavior. Not consenting or withdrawing consent, may adversely affect certain features and functions.
Manage options Manage services Manage vendors Read more about these purposes
View preferences
{title} {title} {title}
X